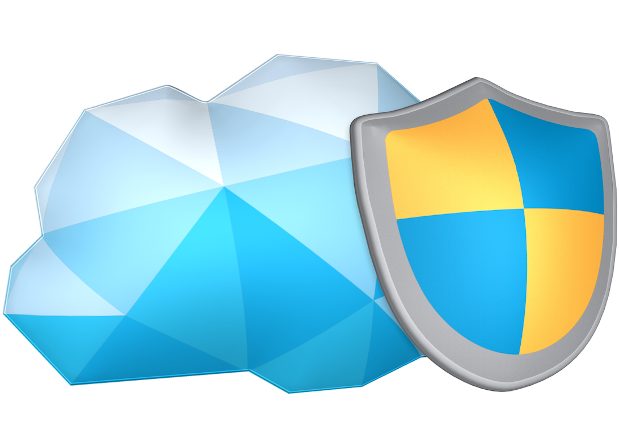 Gladinet CentreStack provides secure file sharing service that integrates with Active Directory users and existing file server shares. Employees, customers and partners can then easily share files and folders from the existing file server without violating existing security rules and permissions. In addition, secure file sharing can be done in the cloud, without VPN and also the access methods can be extended from traditional PC and Mac to web browsers and mobile devices.

The entire solution can be deployed and managed on-premise, or from private cloud storage to orchestration to clients. For example, the solution can be self-hosted by the business in the Amazon VPC data center and connecting to the business's own active directory and file server shares.

Provide remote access to files stored behind the firewall using any device without using a VPN or public cloud.

Create a private sync and share solution based on object storage like OpenStack Swift, any S3 compatible, Microsoft Azure and more.

Without providing a secure file sharing service to employees, they may select consumer cloud file sharing solutions like Dropbox. This approach leads to questions like, “Where, exactly, is my data? Who has access to it? What will they do with it?” And these concerns don’t just involve cyber-threats and hackers but competitors, foreign nationals, and even governments.

CentreStack eliminates the common drawbacks of remote file server access and cloud file sharing solutions and provides the best of both worlds – the privacy, security and control of legacy file servers secured by Active Directory, combined with the efficiency and productivity gains of cloud file sharing.

CentreStack integrates with Office 365 for web-based co-editing and co-authoring.

Use Outlook integration to transfer large folder or files as web links via email.

Use web links to share files and folders with recipients or to receive files. 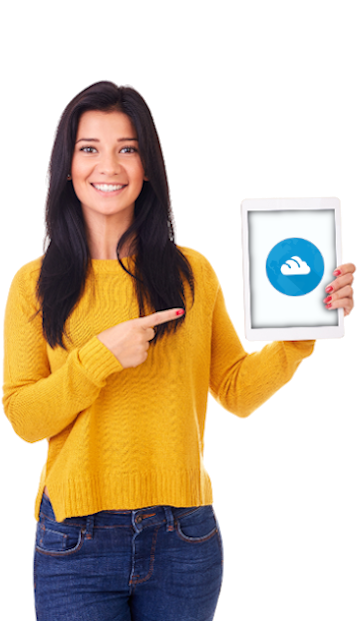 Define different permissions for folders at different levels of the directory structure.

From internal Active Directory users to external clients and partners, you can define user rights for folder sharing.

Cloud migration may seem increasingly inevitable, making it difficult to manage the tensions between productivity benefits and data privacy threats. But CentreStack offers a solution for thought leaders seeking to simplify the way people work without compromising data privacy.

Whether it's private sharing for on-prem and remote workers, external clients, partners or guest users in general, CentreStack has the flexibility to provide a great solution!

The Gladinet Cloud Enterprise is running with GCE version 6.4.1802 as shown below in the copyright section 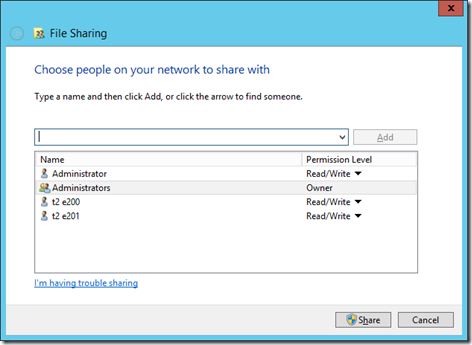 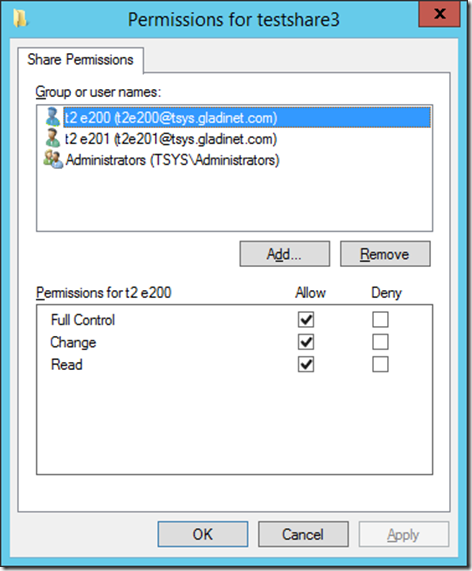 We will also connect the user’s home directory in Active Directory. 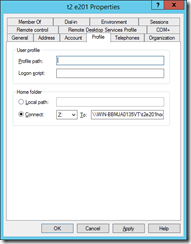 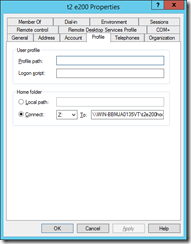 Now it is all set. Our goal is to import the Group Share (testshare3) and also user’s home directory when the users are imported to the Gladinet Cloud Enterprise.

Once the dialog shows up, use the “Convert Existing File Share as Team Folder” option. In the lab setup, we need to make sure the Gladinet Cloud Enterprise server can access the File Server via two different protocols. SMB/CIFS for the file server share and also WMI for importing 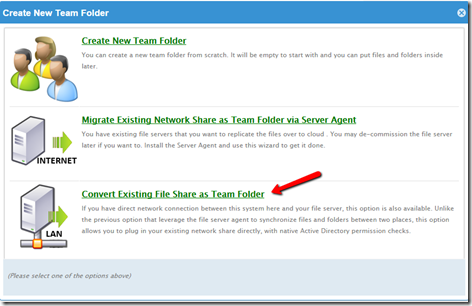 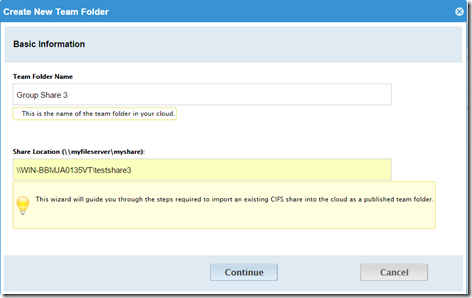 After it is done, check the imported team folder’s property.

You can see t2e200 and t2e201 users are all imported. So the imported Team Folder gets the same set of users that are assigned to the network share’s share permission. Check the user manager, you can see that the users are imported as well.

As you can see here, the user’s home directory and the user’s group share are all showing up. 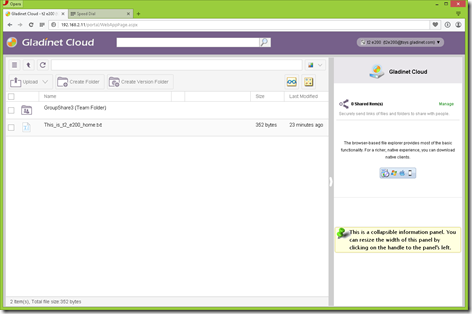 and on mobile device as well. 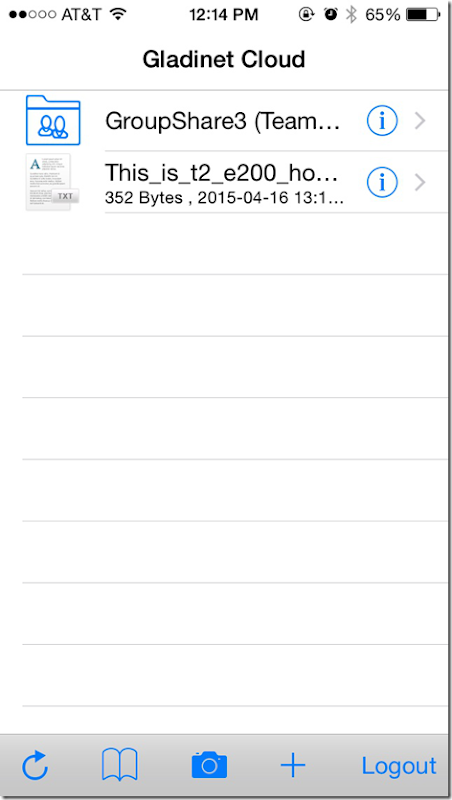 We turned a normal Windows File Server network share into a Gladinet Cloud Enterprise Group Share Team Folder. After that, users can collaboration over different kind of devices over the Internet. Here is the video for the Group Share with Active Directory:

Simplify remote access to file shares with familiar interfaces on any computer or device. Windows and Mac desktops display natively mapped drives in Explorer and Finder. That same experience is presented on iOS and Android devices like iPads, iPhones and Pixels or can be viewed from popular web browsers like Chrome, Firefox, and Internet Explorer.

Easily collaborate with business partners by providing them with access to a limited set of internal files or folders. Share files with non-AD users while maintaining administrative controls. Simplify multi-site collaboration with automatic version controls and file locking.

Eliminate the overhead and support tickets commonly associated with VPN file sharing, Always On VPN or Direct Access. Automatically use existing users and permissions to save setup time and money.

Centrally manage users, access controls, and storage for each tenant. Easily keep track of where the data is, who has access and how it’s being shared.

For complete control and visibility, permissions can be managed from the file server that was their source, or natively with CentreStack.

Centrally manage users, access controls, and storage for each tenant. Admins can perform audits of GDPR and HIPAA compliance or keep track of any changes that have been made to individual files.

Files are secured at rest and in transit with military grade encryption, secure connections and more. Automatically use existing users and permissions to save setup time and money.

CentreStack provides a white labeled platform that makes it easy for MSP partners to build a private cloud file server solution based on infrastructure from Amazon, Azure or Wasabi.

On-Premises Alternative to Dropbox and SharePoint

CentreStack has the flexibility to provide an on-premises alternative to Dropbox and SharePoint using existing file servers.